by The Ammonium Maze 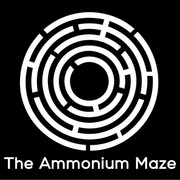